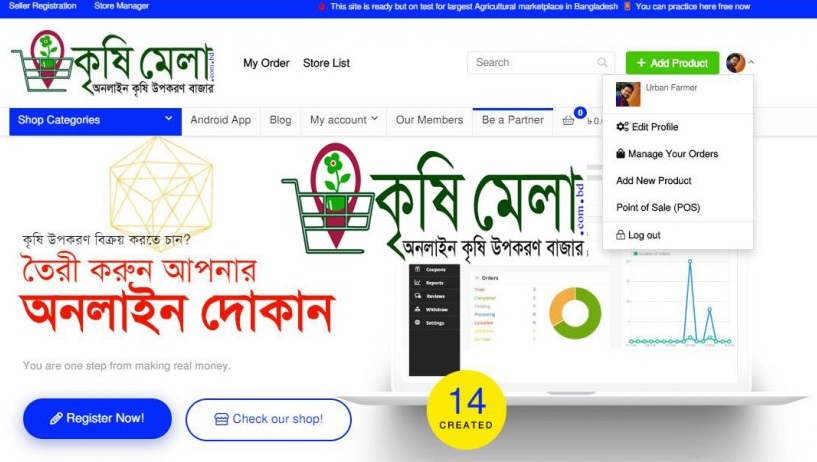 i. Crop must be cultivated species

ii. It must have economic value

Crops are aggregation of individual plants grown on a particular location usually of the same species or variety and have some economic value.

The crops, which are grown together or collectively with less intensive care, compared to horticultural crops (with intensive core) and harvested in bulk.

Classification is an acceptable product of scientific studies and is obviously based on well-defined characteristics or concepts that separate one group from another.

Crops are grouped into there main classes according to the range of cultivation. They are-

Crop plants that are grown on a larger scale on estates. They are permanent in nature (need not be replanted after each harvest) be harvesting continues for a prolonged period from a single planting e.g. tea, coffee, cocoa, rubber etc.

c) Crop plants that are grown together or collectively on a vast scale with less intensive care and harvested in bulk, e.g. rice, wheat, maize etc.

Among these there classes agronomy deals with field crops only.

a) On the basis of use, agronomic crops are as follows-

Cereals are the cultivated grasses grown for their edible starchy grains under graminal family. In general, the longer grains used as staple food are cereals such as rice, wheat, maize, barley etc. (One seeded fruit known as caryopsis).

Millets are the small grained cereals and they have a single cover (due to fusion of testa paricorp) such as cheena, kaon, basra, etc.

Seeds of liguminous crop used as food. On splitting they produce dal which are rich in protein such as lentil, gram, grass pea, black gram, pea, cow pea, arhor etc.

Crop plants grown for fiber yield. Fiber may be obtained from seed such as cotton; stem or bark such as jute, mesta, sumhemp, kenat; leaf such as pineapple.

Crop plants or their products that are used for stimulating, numbing, drowsing or relishing effects such as tobacca, ganja, poppy etc.

Products of crops used for mild, agreeable and stimulating liquors meant for drinking such as tea, coffee, cocoa etc.

Crop plants or their products which are utilized as feed for animals e.g. maize, Napier grass, cow-pea etc.

The crop plant which is growth to be incorporated into the soil to increase the dertility of the soil e.g. Dhaincha, sunnhemp, cowpea, etc.

A. According to suitability of topogrophy

B. According to the suitability of the textural groups of soils-

i. Crops of sandy to sandy loan soils :

C. According to the tolerance to the problem soils :

i. Crops tolerance to acidic soils

D. According to tillage requirements

ii. Crops that may not requiring preparatory tillage

E. According to the depth of root system

F. According to the tolerance to harardous weather conditions :

G. According to the method of sowing or planting :

(After raising seedlings in the nursery)

H. According to the length of field duration :

These are crops cultivated to ‘catch’ the forth coming season. They are generally of very short duration quick growing, harvestable or useable at any time of their field duration e.g. green gram, black gram cow pea, bajra etc.

The crops which provide a good harvest along with enrichment or restoration or amelioration of the soil such, such as legumes. They fixed atmospheric nitrogen in root nodules, shed their leaves during ripening and thus restore soil conditions.

The crop-plants which on growing leave the field exhausted because of more aggressive nature, e.g. sesame, linseed, maize.

These are crop plants which are sown a few days or week before the harvesting of standing nature crop, e.g. black gram (paira crop) in aus paddy, grass pea ( paira crop) in Aman paddy, paira crops in succession may constitute relay cropping.

The crop plants are able to smother or suppress the population and growth of weed by providing suffocation ( curtailing movement of air ) and obscuration ( of the incidental radiation ) by their dense foliage, e.g. parley, mustard, cow pea.

These crop plants are able to protect the soil surface from erosion ( wind, water or both ) through their ground covering foliage, e.g. groundnut, black gram, grass pea, para grass.

These crop plants help in the nourishment of other crops by providing shade and acting as climbing sticks such as rai in peas, jowar in cow pea, Glyricidia, Crotalaria in tea.

These crop plants help to protect another crop e.g. safflower in gram.

These crop plants are grown to trap soil borne harmful biotic agents such as parasitic weeds, Orobanche and stria that are trapped by solanaceous and sorghum crops.

These crop plants are grown to conserve soil moisture by their thick and multilayered foliage and self-seeding nature e.g. cow-pea, Atylosia.

These crop plants belong to the grass family and have sod type tillers with matted foliage and root close to the soil surface, e.g. marvel grass, Digilria sanguinalis , Cyrodon Dactylon.

These crop plants are essentially cold weather crops belonging to the cruciferal family capable of with standing considerable frost such as cabbage, cauliflower, Brussels sprouts.

“ Crop is a plant or a group of plants that are cultivated with proper care and management for getting raw materials for sustaining the life of human being and livestock.”

Different annual crops are grown in different seasons of the year. Crops are grouped under the season in which are their major field duration.

The season starts in mid March ( 16 March) and continues up to mid October (15 October). Crop plants grown during this season are known as Kharif crops e.g. rice, maize, groundnut. These crops require warm-wet weather during their major period of growth and shorter day-length for flowering.

The word ‘aus’ has been derived from the sansicrit ashu meaning quick or early. The season designates the cultivation of rice varieties which are planted in mid March-April and harvested in mid June-July.

The word aman has been derived from Arabic meaning safety which indicates stability of the crop. The season designates the cultivation of rice varieties which are planted in mid July and harvested in mid November-December. e.g.

Boro rice refers to the rice grown in submerged land lower in elevation. The season designates the cultivation of rice varieties which are planted in Novermber-December and harvested in March-April. e.g.Local boro varieties : Tepi boro, khoya boro

This seasonal classification is not a universal one. It only indicates the period of the year when a particular crop has been grown. Some crops overlap the seasons such as jute which may be sown in February-March and harvested and thermo-sensitive crop varieties may be grown thought the year providing irrigation. e.g.

rice variety BR3 (biplob), maize, groundnut. Again, some long duration temporary crops such as sugar-cane, cotton, pigeon pea etc. do not follow the regular pattern except that low temperatures in winter provide a triggering factor contributing towards the maturity of the crops.

The dictionary meanings of growth are many: the advancement towards or attainment of full size or maturity; development; is a gradual increase in size. Growth refers to cell division (increase in number) and cell enlargement (increase in size). Both the process are irreversible. In other words, growth is an irreversible increase in mass, length, or height, surface area, or volume of plant body. From agronomic point of view, growth means an increase in dry matter.

where, Vt = Volume at end of time, t and

Wo = Initial size at the beginning of the time period

r = The rate at which plant substance is laid down during time, t.

e = Base of natural logarithms.

[ The process of specialization of newly formed calls and their transformation into different types of tissues or organs is known as differentiation.]

* Development refers to one or more complex processes after completion of which plant moves towards maturity.

* Development of a plant from germination to maturity can be considered as a series of discrete processes each identified by a process of change in the structure, size or mass of specific organs.

The growth of most plants follows a similar pattern, generally sigmoid in shape. A relatively slow growth rate characterizes early or seedling growth. The rate of growth increases as the plant becomes larger, is greatest just before or in early stages of flowering, and then decreases as the plant matures. The slow growth rate of seedlings relative larger plants may be attributed to the relatively small number of calls that can divide, the small leaf area available for light interception and photosynthesis, and perhaps to the relatively large percentage of photosynthate going to roots. As plants increase in size, larger meristematic regions (areas of call division) per plant exist, and more leaves are present to act as photosynthetic energy sources. Thus each plant is capable of capturing and utilizing more energy as it increases in size. The decline in growth rate near maturity may be attributed to several factors. Many species have determinate growth characteristics; that is, vegetative growth cases prior to or con-current with reproductive growth. In species, such as corn or small grains, the formation of fruit signals an end to growth of other plant parts. Even in species such as cotton where vegetative and reproductive growth occur simultaneously, the onset of reproduction reduces vegetative growth rates.

As plants become older a large portion of the plant structure becomes inactive. Lower leaves may become heavily shaded or non photosynthetic due to senescence. Leaves may fall from the plant, representing loss of dry weight. Large portions of the plant may be comprised of stem or other tissue reactively low in metabolic activity and therefore not contributing to growth. In addition, competition from neighboring plants for water, nutrients, and light may cause a reduction in growth rates when plants in crop stands become large.

** Fig. Dry weight accumulation patterns for a hypothetical plant and its parts. 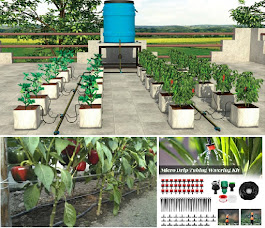